Listening to the Light – The Pilgrimage 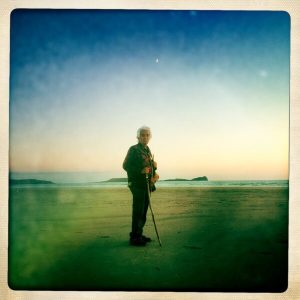 Listening to the Light Part One. The Pilgrimage.

In the next three blogs, I will aim to distill down our wonderful time together on this pilgrimage. It is always difficult to express in words the impact that the Holy Spirit has on the human person, as these encounters are always beyond verbal explanation, they are of the spirit and become life forming and so often this formation does not take shape for many years after the encounter took place. This I would suggest is going to be true of our Listening to the Light peregrination.

Larry Littlebird cuts an enigmatic figure in a quiet ‘down to earth’ way. His diminutive Pueblo Indian statue belies an internal depth of spirituality that opens out the metaphor of oceans of love, and moves anyone who meets him into a a wider panorama of encountering God’s love and holiness. At 74, the youthful zeal with which he and his wife Deborah pursue the simple task of living in a spirit of Holiness demonstrates a profound truth; namely that the life of the Spirit is to be lived and embodied, not relegated to seminaries, theology and the pulpit of the puritan preacher.

As we travelled across the country in our beaten up old camper van, we began to glimpse the wisdom and rhythm of pilgrimage, the depth of God’s love, the power of encircling conversations that all led to a theophany of God in the land itself. We have not been left alone, and as we slowed down and paid attention to each other, our journey became a very tangible encounter with God in our land and lives. We began with ‘the salting of the word’, on Pagham Harbour beach. The gentle rhythm of the ocean connected us, our prayers and creation together, our standing in the warm early autumn water was a way of the three generations present saying, ‘we are here, we are available and we are together’. This was for all of us the prayers of our hearts.

Listening to the Light was a two week pilgrimage across England and Wales that took us to London’s Surrey Docks, Leeds, Chichester and Chanctonbury, the Speak prayer and justice gathering at the Catholic Social Workers Farm in Rickmansworth, Llanelli, St Govan’s, St David’s and Burry Holmes in west Wales and Durrington Walls (near Stonehenge) and Glastonbury. Our pilgrimage was designed primarily to discover what our lives might look like if we allowed ourselves the time to be exposed to the Divine Light. Light is an all encompassing reality and remains the principle element required for life changing revelation. In and of itself, it creates nothing, however it’s primary function is to reveal what is already there and encourage life to grow towards it. Living with light requires great moral courage as it precipitates a focus on our true nature, which for all of us can often be less than flattering. We learned first and foremost that it only our true selves that God interacts with, not the false self that is created out of the vanity of our own ego.

Listening to light equally, requires a stillness that can only be born of a Divine orderliness. In an era of libertarian idealism, the expectation of self-gratification and self-preferential fulfillment is now a pervasive norm. The Divine orderliness that is born of stillness is perhaps a discipline we need to rediscover quickly if we are to avoid losing our generational voice that speaks to God. God it would seem responds to the individual or community that sits in the light. With the north Atlantic church now so aligned to imperial capitalism and its associated material consumption, appetites and comforts, it is no surprise that the renewed rise in monasticism and the call to the wilderness of prayer is becoming so prevalent. It became apparent on our journey that the call to the margins, an echo of God’s words in Hosea, is where the Holy Spirit is leading those who will follow. Into the spiritual desert where our true selves can be discovered again without the distractions of the world’s noise.

This pilgrimage was about listening and being in slow motion. Listening to the slow motion of God for all of us made us more human and left us with a sense of being truly satisfied in ourselves. It also allowed us to hear with much greater clarity the voices of the people in the communities we visited and the voice that resides in our land.

In part two I will look at the nature of what emerged in the encircling of our conversation with people and communities in the different locations. This is not an abstract, but the very real way that sitting in a circle with others revealed a depth and quality to the encounter with God that few of us had experienced in any sustained way before. And finally the theophany of God in creation that became apparent and the call to walk as Holy people in our land.