NEAR A CHIEF CITY – Rule of Columba

BE ALONE IN A SEPARATE PLACE NEAR A CHIEF CITY,

In this series of reflections on the Rule of Columba our aim is to explore the wisdom of this ancient rule and  find a newer expression and vitality in the modern era. 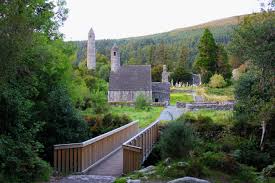 For the Celtic devotees among us, you will instantly see the misappropriation of the term Chief City. Primecathach (Chief City) in its truest sense means, chief monastery or ecclesiastical centre. At its zenith in the seventh & eighth centuries, the monastic church of Britain and Ireland was more akin in size to a monastic town or city. I recall being very impressed by a visit to Glendalough in County Wicklow, Ireland. This ancient monastic site was resident to many thousands of people in its prime, as well as offering the isolation and seclusion so sought after by the Celtic hermits. In the agrarian pastoral society of the day, the monasteries where the largest human settlements in the landscape. They were the cities of the day.

For us today the use of the phrase chief city will create a clear image in our minds of large centres of commerce, art, fashion, politics, war, philosophy and industry. Cities are established centres of human authority and power. They are centres that influence and shape the lives of people for good or ill. They are places where the collective ego of humanity emerges, very often in contravention to the Divine order, as the story of The Tower of Babel (Genesis 11: 1-9) shows us. This is a valid train of thought and is worthy of exploring further in the the light of St. Columba’s first injunction of being alone in a separate place.

When I first began to meditate upon this, I found I could not reconcile the two positions of being separate and alone yet near a centre that clearly implied busyness and activity. However it was in the tension of the two position; stillness – activity, aloneness – company, separateness – community, that I began to view this conundrum as the dynamic creational foundation of life. God is the source of all, removed from all, is in all and is unknown, is revealed and yet hidden. The natural state of the follower of Christ is to be alone in a separate place with God. Jesus is the origin of life, in the beginning was The Word (John 1:1) and it is only when we intentionally remove ourselves from the false centres of life that the space is created for the quietness of the Holy Spirit to find Her proper place at the centre of our beings. 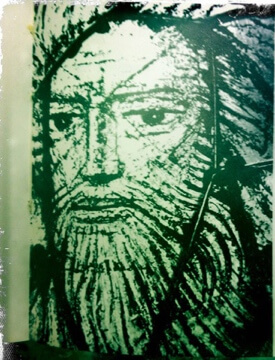 Yet this counter cultural and psychologically turbulent movement from false centres, to our true centre does not mean isolation or a lack of influence. Being near a chief city is intentional, not accidental. We notice that the location of our contemplation is not to be so far removed from people, that we cannot move to influence the affairs of humanity when required. Yet this influence is always from a position of knowing the natural state for the follower of Christ is to gather around the true centre that is the Christ in our life.

St. Columba was the living exponent of this tension. As a Celtic monk his vocation was one of ascetic prayer, as an Abbot he was often called upon to seek political interventions on behalf of his community as with the Pictish King Bridei and St. Columba’s request for safe passage to Orkney for Cormac Ua Laithain.*

The chief city is not only a physical location, it can also be a state of mind, a way of thinking, a seduction, a weakness, a voice, an image, an activity. It is anything that asserts its personality in our lives over and above the presence of the true centre that is the person and Spirit of Jesus. All the monastic traditions, from the early desert fathers, stressed the dual tension between the inner and outer worlds. We are called to pay attention to both areas of our life; the inner world of prayer and connection with a Spirit of Holiness and the material world that supports life and the common good for all of creation.

St. Columba understood this tension. ‘Be alone in a separate place, near a chief city’ calls us to acknowledge that Christ is the natural centre of our lives and the world with all its pretensions, delusions of grandeur and promises of power, is the arena we are called to influence when appropriate. However it is not the natural environment we are called to spend the majority of our time in. Columban spirituality calls us to find a place of aloneness from where we can influence, as well as be accessible for support and nurture.

Questions to reflect upon.

1. What are the false centres in our lives that block our connectivity to God?

2. What practical step can I take towards a deeper connection with God?

3. What area of the world am I called to influence in partnership with a Spirit of Holiness? 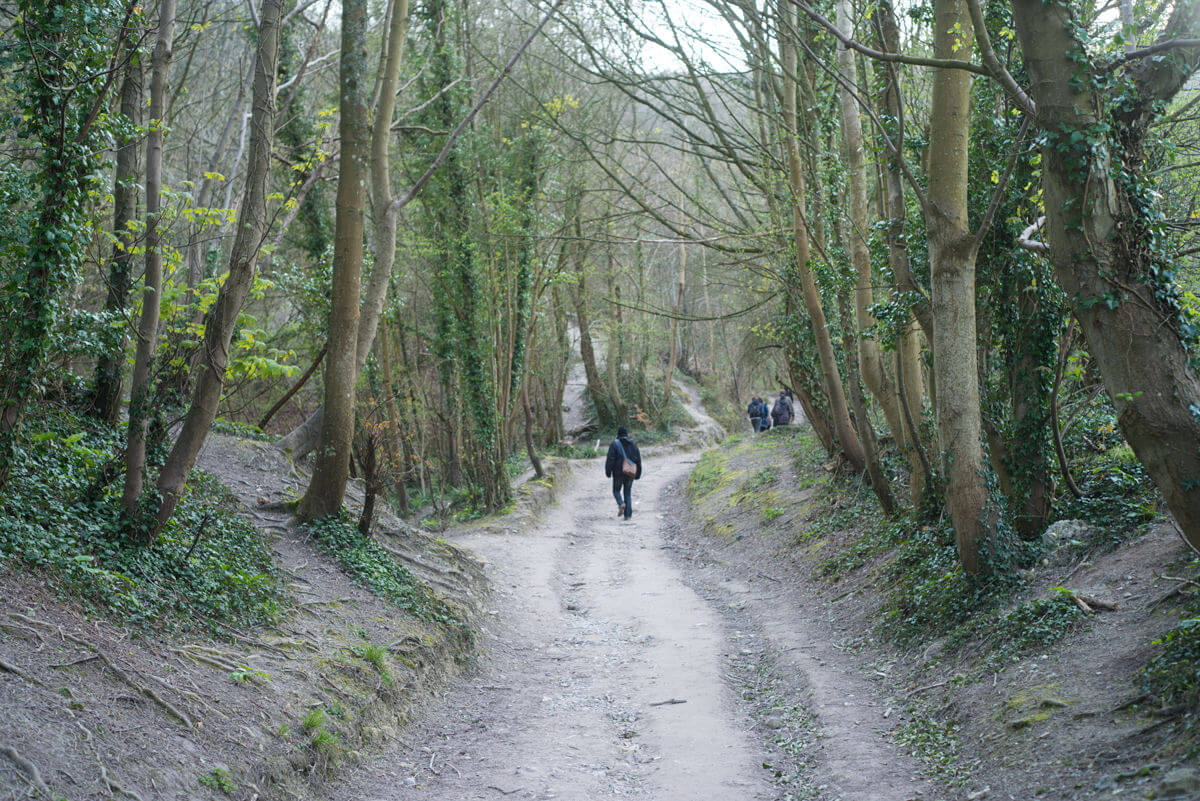 February 6, 2020
Previous Post Prayer - The Paradise of Souls
Next Post The Rule of St. Columba – IF YOUR CONSCIENCE IS NOT PREPARED TO BE IN COMMON WITH THE CROWD.